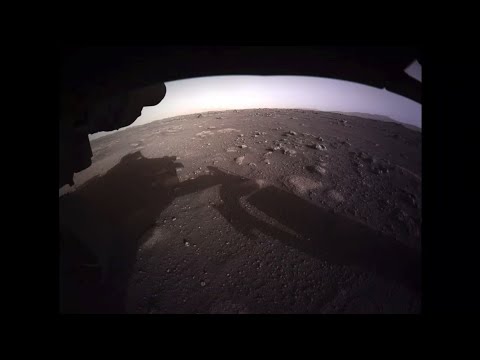 NASA’s new rover, Perseverance, made a successful landing on the surface of Mars this week. New photos and videos, sent back to Earth from the rover, show the Martian surface with an almost unbelievable clarity. The NASA team called the images ‘exhilarating’ and noted that the video footage actually includes audio from Mars. The Perseverance rover has a total of 19 cameras and 2 microphones with plans to send much more media back over the lifespan of the mission. The official NASA Perseverance Twitter account captured the moment and described the photos.

The moment that my team dreamed of for years, now a reality. Dare mighty things.

This shot from a camera on my “jetpack” captures me in midair, just before my wheels touched down.

NASA be running a broad range of tests, studies and experiments over the coming months with Perseverance. Ingenuity, the first helicopter on Mars, will begin tests flights soon.