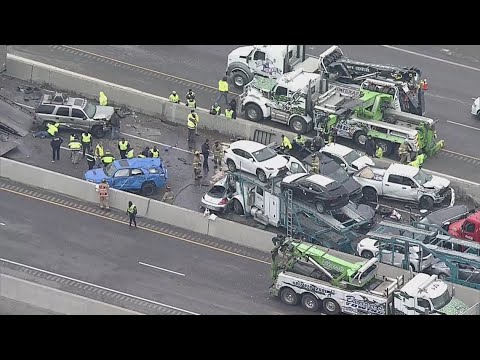 A massive pileup accident in Fort Worth, Texas included more than 100 cars, injured dozens of drivers and killed at least 5 people. Helicopter footage shows the true extent of the damage as the carnage spreads out for more than 100 yards. The accident started after a semi truck, along with several other vehicles, hit a patch of ice in the road. The bunching of vehicles continued forward, hitting other cars and trucks in their path. 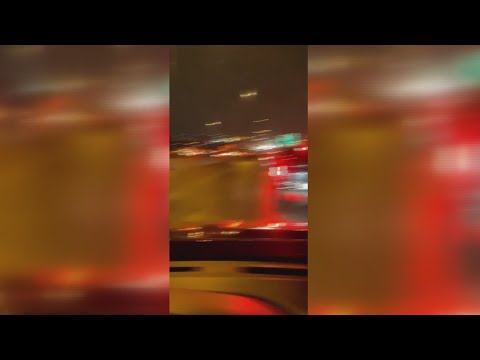 Many were trapped in their vehicles waiting as ambulances transported a salt and sand mixture to add some much needed grip to the asphalt. I-35 was closed for hours as crews worked to clean up the massive accident.